The blog name changed between June and September, the layout after that, the About has been languishing, unloved and out of date. Not for much longer though, the About is finally to get a makeover in the last month of the year.

So what prompted the name change? As previously mentioned while I am still a Mum I am no longer resident in North Melbourne, I now have the great joy and privilege of living in beautiful Queenstown, New Zealand.

How did I arrive at Going Which Way? It sums up my life in both the way it has gone and the way I hope it continues to go. I can recall being in the lounge with my Mum, I was in high school and remember saying I am going to do an engineering degree, then get married and have children at about 22 or 23. I can tell you now that I did not do engineering, I am still not married, but I do have a gorgeous child albeit two decades after initial speculation, and to be fair I am happily partnered and have the satisfaction of a STEM university education. Which is not to say I do not think and plan ahead but rather that I do, and simultaneously allow unimagined opportunities to filter in and let new paths emerge. In the words of Alice and the Cat from Alice in Wonderland by Lewis Carroll,

Cat: Where are you going?
Alice: Which way should I go?
Cat: That depends on where you are going.
Alice: I don’t know.
Cat: Then it doesn’t matter which way you go.

So please join me on this now reimagined new path, I do not know which way it will go! 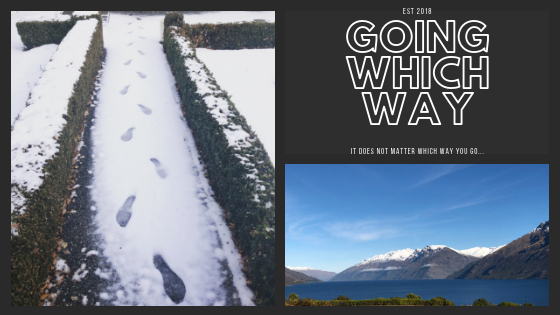